NRW offers optimum conditions for every film production – whether it is for international cinema with star casts or ambitious auteur cinema, large-scale narrative cinema as well as for documentaries and animated films. Specialised, modern infrastructures and strong creative networks guarantee every film project in NRW the right partners for the complete whole production process. The Film- und Medienstiftung NRW is on hand as a reliable partner for the filmmakers when it comes to financing and strategic collaboration.

Film in NRW
Funding of the Film- und Medienstiftung NRW 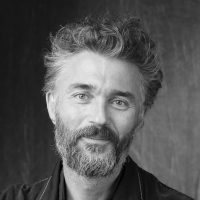 Michael Weber
Managing Director The Match Factory
We create synergies between our sales company & Match Factory Productions for the production & international distribution of outstanding European arthouse cinema. Projects like "The Traitor" were partly shot in Cologne and sold internationally, with the Film- und Medienstiftung as a reliable partner. 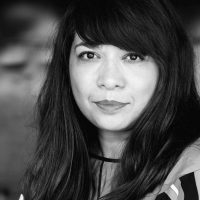 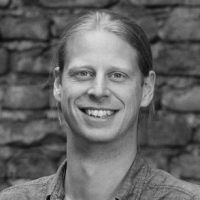 Jonas Katzenstein
Producer augenschein Filmproduktion
The Film- und Medienstiftung NRW, major broadcasters, first-class film schools, and funding for up-and-coming filmmakers unlike any other – if we hadn't been born here, we would have had to move here … 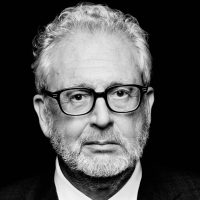 Martin Moszkowicz
Chairman of the Board of Constantin Film AG
In recent years, NRW has become considerably more attractive as a media location. The Filmstiftung NRW has played a key role in this development. We, and our productions, are always happy to come to North Rhine-Westphalia. 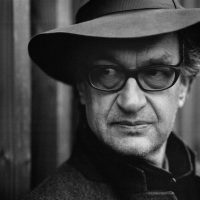 Wim Wenders
Director and Artist
North Rhine-Westphalia has a sensational treasure trove of locations. There are outstanding film technicians and crews. Each year, the Wim Wenders Foundation joins forces with the Film- und Medienstiftung NRW to award a scholarship to a young filmmaker. Innovative filmmaking therefore not only has tradition, but also foresight in NRW. 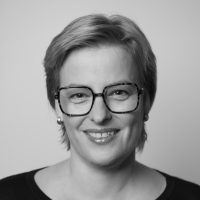 Bettina Brokemper
CEO Heimatfilm
My decision about location was made according to two principles: the patriotic local anthem sung by the Höhner, Dat Hätz vun de Welt, jo dat es Kölle (“Cologne is the heart of the world”, which I am quite happy to apply to the whole of NRW), and the application to film of Article 3 of the Cologne “constitution”: Et hätt noch immer jot jejange “Things have always turned out OK”. No film would ever be made without this basic conviction. 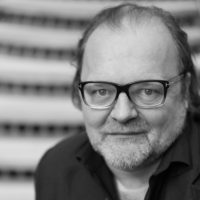 Stefan Arndt
CEO X Filme Creative Pool
An outstanding studio infrastructure, unusual locations and highly qualified filmmakers mark NRW out as being an important element in the German film landscape. Our successful production of "Babylon Berlin" and our new series "Wild Republic" would be inconceivable without the support coming from the Filmstiftung NRW, and, ultimately, that applies to all of X-Filme - none of this would be possible without NRW. 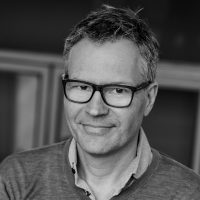 Christoph Friedel
Producer PANDORA Filmproduktion
PANDORA grew up with the media location NRW and the Filmstiftung, and we look forward to making more great films together as Best Ager. 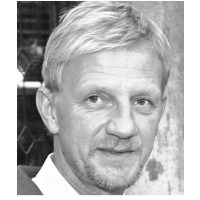 Sönke Wortmann
CEO Little Shark Entertainment
In the last decades a highly competitive film and media industry with a unique profile has developed in NRW. 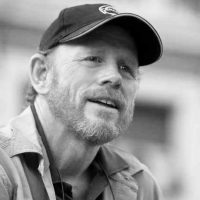 Ron Howard
Director, Producer, Author and Actor
We had a very successful shoot in Germany and much of it was due to the fantastic crew that Action Concept put together and the prep that they guided us through. I very much look forward to filming in Germany again sometime in the near future. 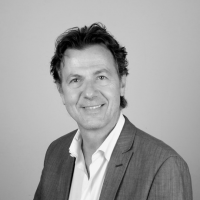 Josef Reidinger
CEO Pharos
For ARRI it was a vital, correct decision to become involved in the provision of services in Cologne. Major TV and movie projects are made in NRW, and the Filmstiftung’s commitment to those projects, not only the regional ones, deserves great recognition. 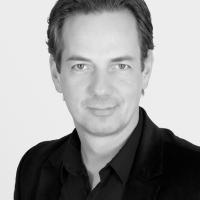 Michael Brink
Geschäftsführer LAVAlabs Moving Images
The location of NRW is very important for us as we can operate throughout Germany and Europe from here and the most important European metropolises are easily reached. Thus, we have an ideal catchment area for our core target group, the film industry. Düsseldorf is an important location for advertising agencies, commercials production companies and multi-national concerns, some of whom also number among our clients. 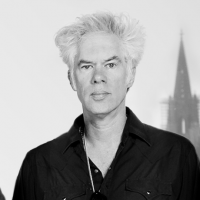 Jim Jarmusch
Director and Artist
Most personally, I want to thank all the amazing members of our crew and production for all their hard work, their invaluable contributions, and their incredible spirits. I will deeply miss working together with all these truly wonderful collaborators. 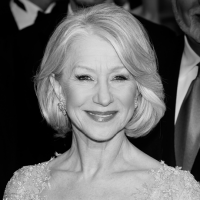 Helen Mirren
Actress
If you ever get the chance to shoot here, do it. 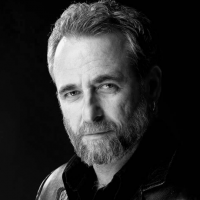 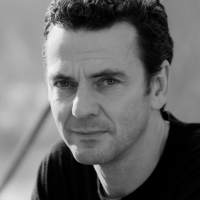 Christian Petzold
Director
I grew up near to Düsseldorf on the Rhine. It's only become clear to me just recently that rivers and telling stories have something to do with one another. Growing up by a river seemingly influences one's creativity in some way or other. 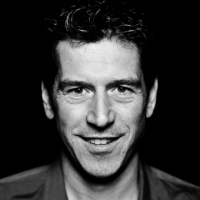 Wolfgang Groos
Director
NRW is more varied than any other region in Germany. As a consequence, I am constantly coming across extraordinary shooting locations. I think, though, that the special thing about shooting in NRW is also the people who live here. I have never heard of a complete film crew being provided with barbeque sausages by a local resident at half past two in the middle of the night. But I've experienced this in NRW.

Wotan Wilke Möhring
Actor, Producer
Detmold is where I was born, Herne where I grew up, Cologne where I'm now living, Dortmund has the world's best football club and Düsseldorf the greatest film funding team led by Petra Müller. This here is home for me, and that's also because of the people. There isn't any whinging here, people just get on with things. And that's why really special film projects are regularly being made. 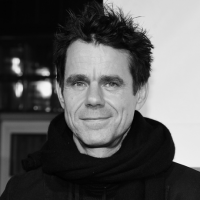 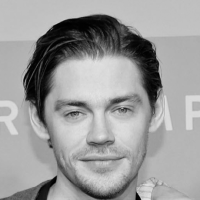 Tom Payne
Actor
I`m really happy to be here in NRW because I think it`s important that germany invests in his films which have the huge ambition that we had with the physician. And it´s showing that germany can produce these huge movies on a big scale and they can be very successful. And I hope that it opens the door for more productions like the medicus. Because I think the crews are here and the talent is here to make it happen. 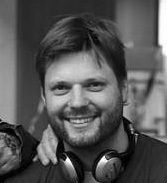 Peter Thorwarth
Director
It is now 10 years since I moved back to NRW. A very fulfilling and productive time for me. The unpretentiousness of the region and its people is not merely a cliché, but a great inspiration for my work. 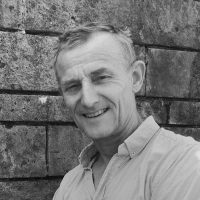 Stefan Schneider
Management/Producer Gruppe|5 Filmproduktion GmbH
It's thanks to the Filmstiftung NRW that there is now a production landscape here which can easily be compared with every other region in Germany. With each day, I always look forward each day to producing new films here with all of the wonderful skilled people. 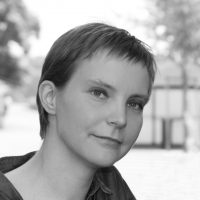 Claudia Steffen
Managing Director Pandora Film Produktion
We are located in the middle of Europe in NRW – therefore, we have an integrative style of working and are always curious about the new. This is a strong inspiration for continuing to make great cinema. We want to keep finding nd holding on to our audience here and also tell diverse stories together with the Film- und Medienstiftung NRW. 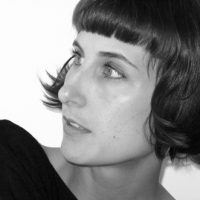 Melanie Andernach
Managing Director MADE IN GERMANY Filmproduktion
NRW supported me from the very beginning in my young career as a producer: first the ifs internationale filmschule köln, then the AV-Gründerzentrum and now the Filmstiftung NRW. 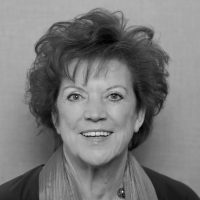 Regina Ziegler
CEO Zieglerfilm
Producing in NRW – often it used to be pure risk, but these days it is almost always sheer pleasure. The structures that have grown here in the last decades, most having been planted and tended by the Filmstiftung – that is what you could call a success story. 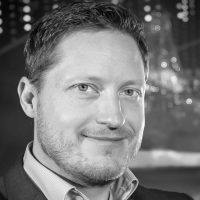 Jens Wolf
Managing Director MMC Studios Cologne
Thanks to its broadcasters, producers and creatives, NRW is unlike any other federal state in that it is synonymous with the best of TV entertainment and a diverse film industry. Where else, if not here, should the largest TV studios have been located for the past 30 years?