NRW is undisputedly Germany’s No. 1 TV hub. This is not only the headquarters for such major channels as WDR or RTL, but is also home to the most important producers and a highly specialised service sector. Locally established creative networks offer a first-class environment for the production of all TV genres. The Film- und Medienstiftung NRW is a reliable partner for supporting the production of TV fiction and the development of innovative TV formats. 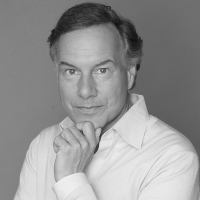 Nico Hofmann
CEO UFA
NRW is rightly one of Germany‘s most import¬ant film and media hubs. UFA also has traditional links to the region. Fantastic support has been forthcoming for many years from such partners as the Film- und Medienstiftung NRW, without which many of our productions would not have been conceivable. 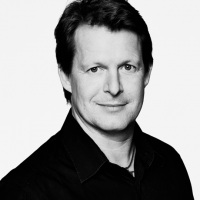 Wolfgang Cimera
Managing Director Network Movie
NRW is an important region in Germany and at the heart of Europe, and this importance should be reflected in its media presence. The prerequisites are fulfilled in NRW in terms of logistics, financing and personnel to an outstanding extent. No-one who uses them will regret opting for this location. 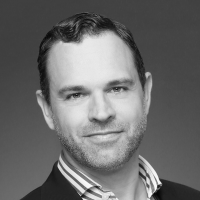 Stefan Oelze
Managing Director Rosebank
I am delighted that the special importance of the "entertainment" genre for NRW (accounts for two-thirds of the TV production) is being reflected for the first time by the new ifs Master's programme. It's the first ever in Germany. 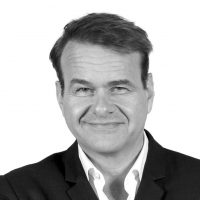 Marcus Wolter
CEO Banijay Germany
NRW stands for vibrant, creative television production companies, a flourishing film industry and a growing digital economy. We are pleased to have found a real home for Banijay Germany in such a dynamic and innovative location as Cologne. 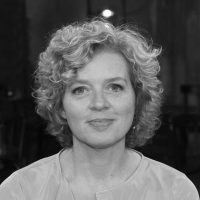 Lisa Ortgies
Presenter, Frau TV
North Rhine-Westphalia is a federal state with many strong women and Frau TV is the only women's magazine programme on German television. That's only at WDR, that only exists in NRW, with such completely different people. 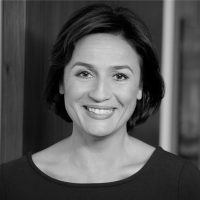 Sandra Maischberger
Journalist and CEO vincent tv
Whoever wants to produce successful television in Germany can't avoid NRW at all. This is where you will find the most attractive concentration of media houses, an incredible pool of creatives and an effective and dedicated funding system. You don't need any more. 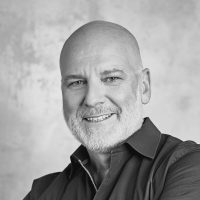 Jörg Graf
Managing Director RTL Television
As a part of NRW's leading media and creative hub, it is important for RTL in times like these to remain competitive, provide relevant coverage and entertain people. NRW is our home, this is where we have reliable partners who support each other. 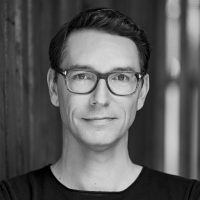 Sascha Schwingel
Managing Director VOX
We offer our VOX viewers an honest entertainment schedule with a clear position that touches and inspires them. This is more important than ever. And, to do this, we need good and trustworthy partners we know are there in NRW. 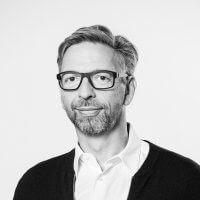 Kai Sturm
Head of Entertainment RTL Television
NRW is my home and BVB my club! I feel a special connection with the people who live here. For many of our formats, they are the best protagonists you could wish for! 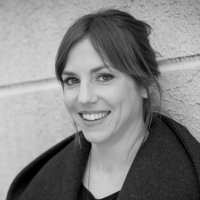 Hana Geißendörfer
Managing Director Geißendörfer Film- und Fernsehproduktion
We think highly of NRW as a strong media and creative hub since this is where we benefit from a remarkably vibrant scene and, at the same time, a high concentration of qualified creative people as well as attractive shooting locations. 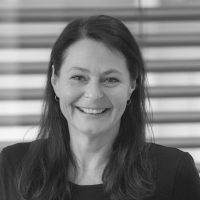 Astrid Quentell
Managing Director Sony Pictures FFP Production
Having a base in NRW has also provided reliable production conditions during the Coronavirus pandemic. Politicians and the local authorities have taken a level-headed and prudent approach to this and done everything in their power, in close consultation with the producers, to allow filming to begin again. So, NRW has provided the right enviroment to carry on producing successful formats regardless even in the current challenging situation.

Philipp Käßbohrer
Managing Director bildundtonfabrik, Producer and Author
Highbrow culture and light enterainment exist side by side in NRW's production scene. Youtubers and quizmasters eat at the same kebab takeaway. Arthouse cinema, games and entertainment all enjoy good funding opportunities, and service providers have been very successful in adapting to the different requirements. An ideal breeding ground for complex productions on an international level. 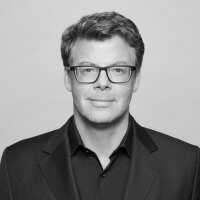 Magnus Kastner
CEO Endemol Shine Germany
My first year in Cologne, a year in the TV melting pot. Creativity, quality and lots of courage to start new things – it's precisely this mix that makes NRW Germany's leading hub for TV producers. That gives me a lot of pleasure! 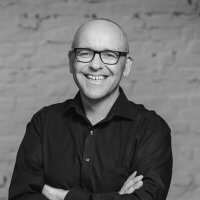 Alessandro Nasini
Managing Director Bavaria Entertainment
Our federal state of NRW has a great tradition with its many media professionals. To ensure that it stays that way, it's also important for us at Bavaria to support young talent and keep the hub as attractive as possible. 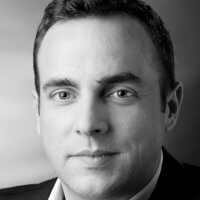 Felix Wesseler
Director of Operations filmpool entertainment
filmpool has been producing from a base in NRW since 1974 , at times in Cologne, and then in Hürth. Then as now, the location, region and people are internationally unique and, in terms of density and diversity, ideal for the production of moving image content. 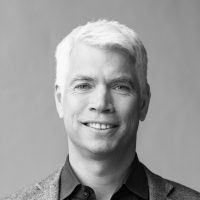 Henning Tewes
Co-Managing Director TVNOW / COO Programme Affairs & Multichannel Mediengruppe RTL Deutschland
We are focusing on diversity at TVNOW and will be launching new programmes of different genres on almost a weekly basis in 2021 for our users. Our close ties with the great creative minds in NRW are an ideal prerequisite for achieving this. For it is only in close partnership that the free space for new ideas can be created.

Gerda Müller
CEO Bantry Bay Productions
In addition to the outstanding infrastructure and excellent funding opportunities, great diversity and creative know-how have been concentrated in Cologne and the surrounding area for years. Above all, professionalism and passion come together here. A connection that is indispensable for all our Bantry Bay productions.

Sabine de Mardt
CEO Gumont Deutschland
As a media hub, NRW provides a variety of broadcasters, creatives as well as European partners. More importantly: the most populous federal state is home to the majority of the people we want to entertain. And we also feel at home here.

Jörg Schönenborn
Director of Programmes Information, Fiction and Entertainment WDR
NRW is as diverse as WDR is varied - always with the aspiration of offering reliable information as well as quality fiction and entertainment in what are particularly difficult times. We are working together with the production community to concentrate on innovative linear as well as increasingly more digital projects. 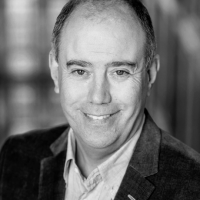 Claude Schmit
Managing Director Super RTL
Cologne has a tradition as a media metropolis - and with good reason. We are grateful to have worked and lived in such a creative and innovative environment for over 25 years. This motivates and inspires, always creating space for the new. 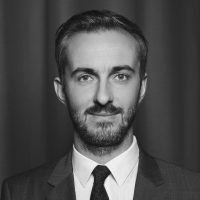 Jan Böhmermann
Producer
Being creative and producing in NRW has many advantages. The infrastructure is outstanding, NRW is an unexhaustible source of humouristic inspiration, and the staff don't have arduous hairdos, meaningful tattoos or destructive attitudes like in Berlin.You'd be really stupid to produce anywhere else. 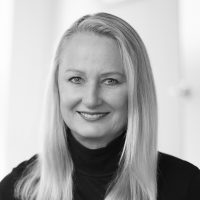 Ute Biernat
CEO UFA Show & Factual
Cologne is the home of entertainment! Every third minute of TV programming is produced in and around Cologne, all the important players in the entertainment industry are based here and, thanks to the Cologne mentality, everyone is equal. The heart of entertainment beats in Cologne unlike in any other city! 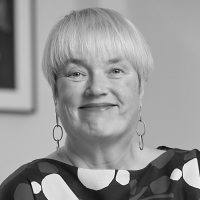 Christiane Ruff
Managing Director ITV Studios
NRW is still ideal as a base for ITV Studios Germany. It was fantastic during this Coronavirus pandemic how quick studios like MMC or NOBEO were able to develop hygiene concepts and thus make productions possible so that the supply of programming for the TV channels was secured.

René Jamm
CEO Warner Bros. International Television Production Germany
NRW is unique and versatile, and also great on a small scale. The federal state has everything one needs for life and making film and TV programmes except for a long coastline! For me personally, there isn‘t any better location apart from North Rhine-Westphalia. 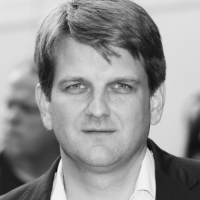 Leopold Hoesch
CEO Broadview TV
NRW – it represents a luxury dilemma: everything is right on your doorstep, including an audience of 18 million that has no objection to seeing its own region on film. I ask myself why anyone would shoot anywhere else … ? We certainly like shooting here, and nothing is going to change that. Thanks to the Filmstiftung for its enduring support, which makes the location ultimately unique. 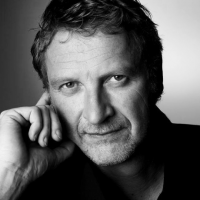 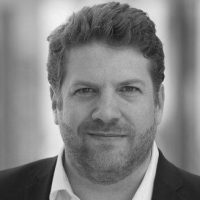 Arnim Butzen
Head Commercial Management TV Telekom Deutschland
NRW is the home of Deutsche Telekom and an important media hub. At Magenta TV, we benefit every day from the diverse creative landscape and fantastic media infrastructure. As a cooperation partner of the Film- und Medienstiftung NRW, we are making a conscious decision to support local productions that are in high demand from our customers. 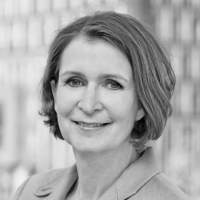 Michaela Kolster
Program Managing Director Phoenix (ZDF)
With our broadcasting location in the wonderful UN city Bonn, we prove that as a nationwide broadcaster, you can also be very close to important political decisions away from the capital. The media location NRW as a whole forms a healthy counterweight to overly centralistic tendencies. 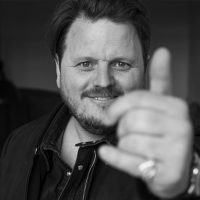 Lutz Heineking Jr.
Managing Director, Creative Director eitelsonnenschein
The places and possibilities are as varied as North Rhine-Westphalia'sunwieldy description as a media region. A provincial backwater is different – alright, but so is a metropolis. For me, it's home and inspiration: I just happen to come from here.